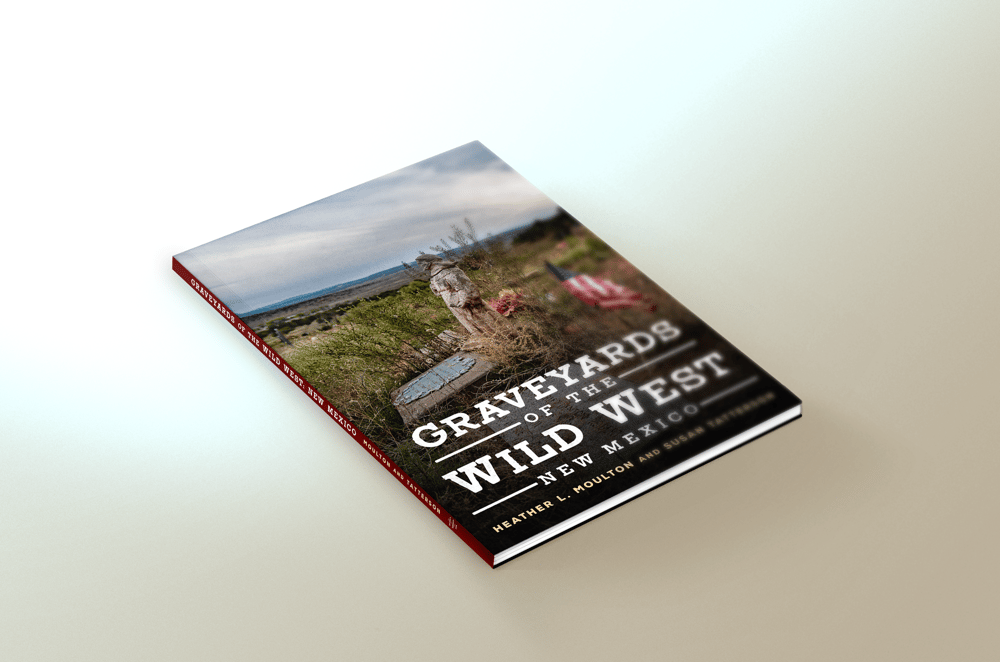 New Mexico is one of several states that make up the Wild West in the United States. New Mexico became a territory in 1853 and was later admitted into the Union on January 6, 1912, but it had a long, exciting history before that. The state that would become New Mexico was, like so much of the West, originally inhabited by Native Americans and, in the sixteenth century, colonized by Spain as part of Mexico. After the Mexican-American War (1846-1848), the United States acquired the land that eventually became Texas, New Mexico, Utah, Nevada, Arizona, and California. As with other Southwest states, gold and other precious metals were found in the nineteenth century, and pioneers, miners, cowboys, and outlaws converged on the Territory. Of course, with an inﬂux of population comes a new need for graveyards. The cemeteries of the pioneer, mining, and cowboy towns carry on even as the towns have fallen to ruins. Some New Mexico graveyards linger in obscurity while others are cashing in on the area’s legends. Regardless of their conditions, the cemeteries offer powerful and precious reminders of New Mexico’s wild history.
Graveyards of the Wild West: New Mexico invites you to learn not only about New Mexico’s past, but to see it and meet the people whose spirit of adventure led them to live and die in an idyllic and untamed territory.