Graveyards of the Wild West, Arizona (personalized if requested) 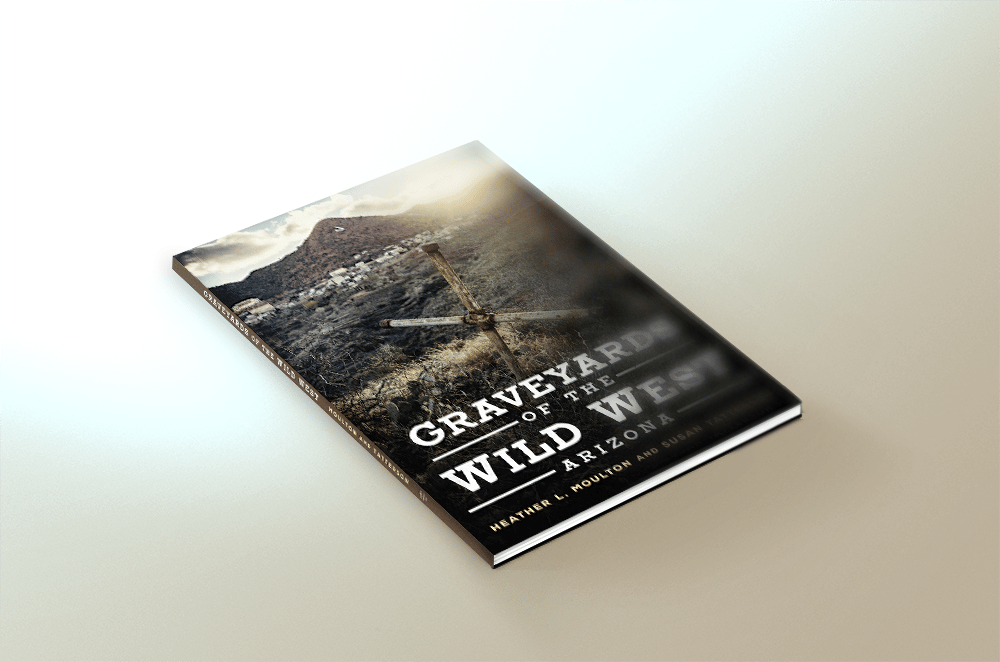 Arizona is one of several states that make up the Wild West in the United States. Arizona became a territory in 1863 and was later admitted into the Union on February 14, 1912, but it had a long, exciting history before that. Miners, cowboys, and outlaws passed through Arizona on their way to California during the Gold Rush of 1849, but when copper was discovered in 1854, people stayed and mining towns all around the state sprung up. Of course, with an influx of population comes a new need for graveyards. The cemeteries of the mining and cowboy towns, like the towns themselves, were often put together in a hodge-podge manner. Some Arizona graveyards linger in disrepair (Yuma Pioneer Cemetery) and others have become thriving tourist attractions (Tombstone). Regardless of their conditions, the cemeteries of Arizona offer powerful and precious reminders of Arizona’s wild history.

Graveyards of the Wild West: Arizona invites you to learn not only about Arizona’s past, but to see it and meet the people whose spirit of adventure led them to live and die in an arcadian and untamed territory.