Abandoned Nevada, All that Glittered (personalized if requested) 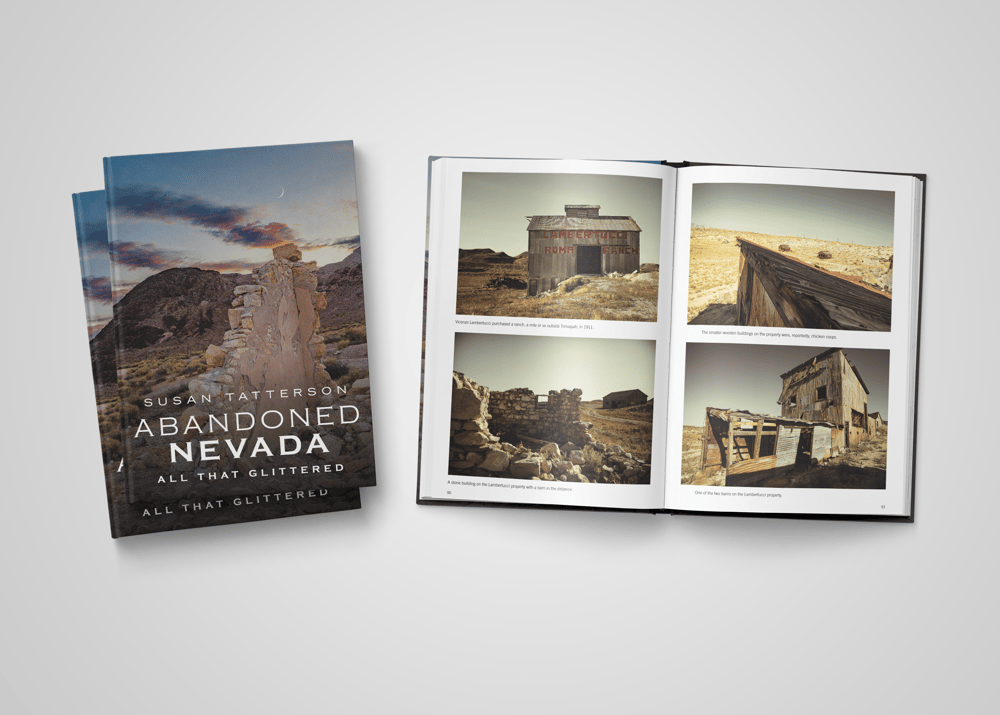 Almost a century before Las Vegas became Nevada’s glittering jewel in the desert the state was at the center of a history-making mining stampede: first silver and then gold, two of the earth’s most sought-after precious metals. Towns and cities were established almost overnight and abandoned at lightning speed once the riches were exhausted. Miners and residents moved from one gold strike to the next, settling and then unsettling the state; some towns survived and remain as semi-inhabited time capsules of another era, while others have crumbled back into the desert.
Nevada’s vast expanses of desert are home to hundreds of ghost towns, both desolate and engaging. Abandoned Nevada, All that Glittered, is a photographic exploration of well-known locations such as iconic Rhyolite with its towering ruins of the Cook Bank building, as well as the not-so-famous and more hidden towns such as Blair. All ghost towns invite us to visit, however briefly, another time. They are precious reminders of the grit and determination –and in many cases greed—that drove the settlement of the Southwest. How much of them will remain 100 years from now? This question bears contemplation and validates the importance of visually documenting their tenuous status.